Over the years, I’ve purchased and made a number of different body lotions. Most have had varying levels of success but it’s been a rather difficult search to find something soothing and natural while also feeling creamy and not oily. Body balms don’t quite have the feel I was looking for and while they’re super easy to make they don’t quite give me what I needed. I wanted something creamier than a balm and knew I’d need to make something whipped. This Chamomile Lavender Lotion has been just the thing to provide soothing relief to dried skin while also being absorbed quickly without that greasy after feel. 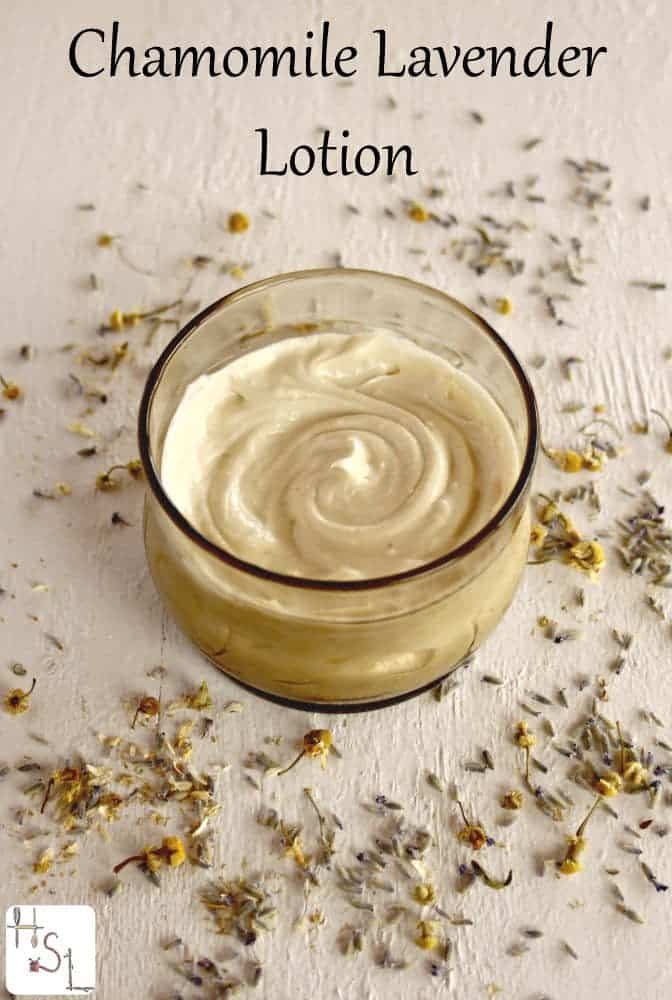 Chamomile has amazing anti-inflammatory properties and when applied topically can help with skin regeneration – which dry skin generally needs.

Lavender has numerous skin soothing properties as well as being generally soothing to the mind and body.

The combination seemed as if it would be quite soothing to the body and once I tried it, I knew it would be perfect for me and probably other folks too.

Begin with an Infused Oil

The first step with this lotion begins with infusing oil. This is the longest step, taking about a month, in this lotion process but is very hands-off. In a clean glass jar, place 3 Tablespoons dried chamomile flowers and 1 Tablespoon dried lavender blossoms.  Cover the flowers with 1 inch of oil (any will work, I used olive oil but almond, grapeseed, etc. will be great too).  Put a lid on the jar and place in a sunny window for a month. At the end of the month, strain the flowers from the oil. You’re now ready to make the rest of the lotion.

Bring 1/2 Cup of water to a boil.  Remove from heat, add 2 Tablespoons dried lavender blossoms and cover the pot.  Let steep for 20 minutes. Strain the blossoms from the water.

In a double boiler, add 1/2 Cup of the infused oil and 2 Tablespoons of grated beeswax.  Heat just until the beeswax melts.

In a small pot bring the strained lavender tea to a boil.

In a heatproof bowl, sprinkle 1/8 of a teaspoon of borax.  Pour the boiling lavender tea over the borax and stir until dissolved.

Using a food processor, whip the oil and beeswax mixture.  In a steady stream add the lavender tea, borax mixture.  Scrape down the sides occasionally and keep mixing until the lotion is completely emulsified.  It is possible to do this with a wire whisk, it’ll just take longer but move as fast as possible.  If desired, add 10 drops of lavender or chamomile essential oil and mix completely.

A note here – if you’re new to making body products, it’s very difficult to get beeswax completely off of everything.  I highly recommend finding something at the thrift store that is only used for body products – a cheap food processor, a few bowls, whisks, etc. so that you’re not using the same things you cook with and trying to get to perfectly clean.

Pour the whipped lotion into containers and allow to cool completely.  To use, simply rub into skin until absorbed. Use up within 1 year.

This chamomile lavender lotion is quite easy to make once the oil is infused.  Make a big batch and use it for some pretty amazing homemade gifts. 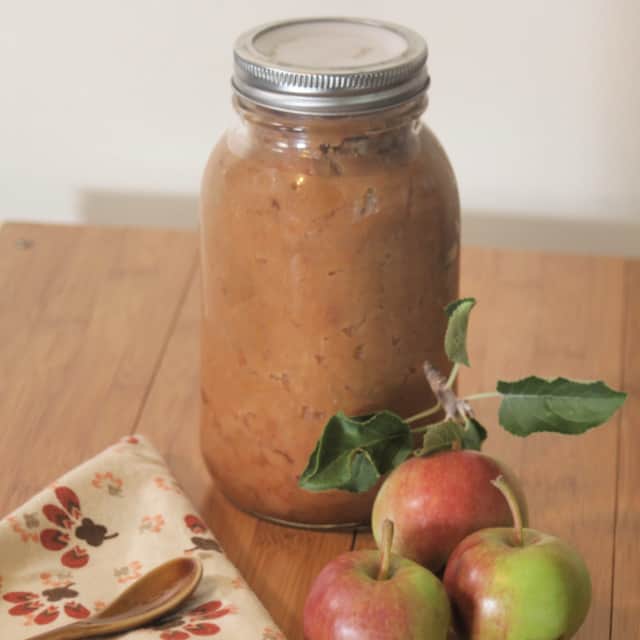 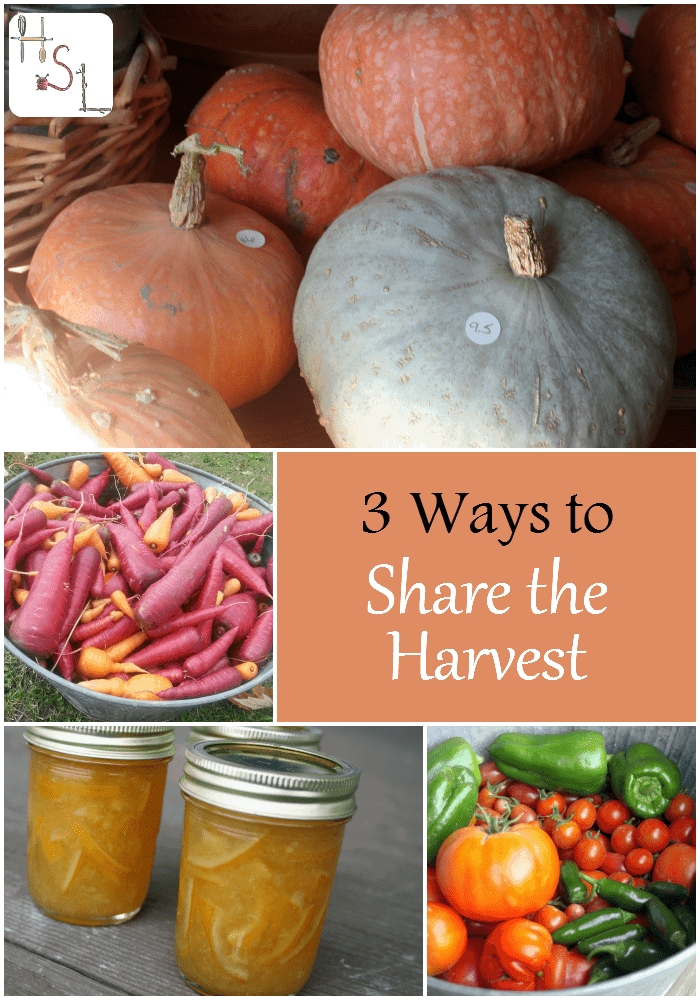 Is there an alternative for beeswax?

There is a type of soy wax but I haven't tried so I can't guarantee results.

This recipe sounds absolutely divine! However, this is a water based recipe and will only stay fresh for about a month is my understanding? And best refrigerated. By one year (much much sooner!) it would be full of bacteria and mold I think. Have you taken classes in formulating water based lotions? Thanks!

Even if you use distilled water to make the tea infusion, the herbs alone are not enough, you need a preservative. There are several natural ones. If not, make only what you'll use in a week and keep it refrigerated. HTH

If using a double boiler to infuse the oil, how long would i need to keep it in the boiler and at what temp?

Infuse for at least 30 minutes as for an exact temperature, I've never really tested it. You want to keep it warm but not frying.