Using Honeysuckle for Food and Medicine 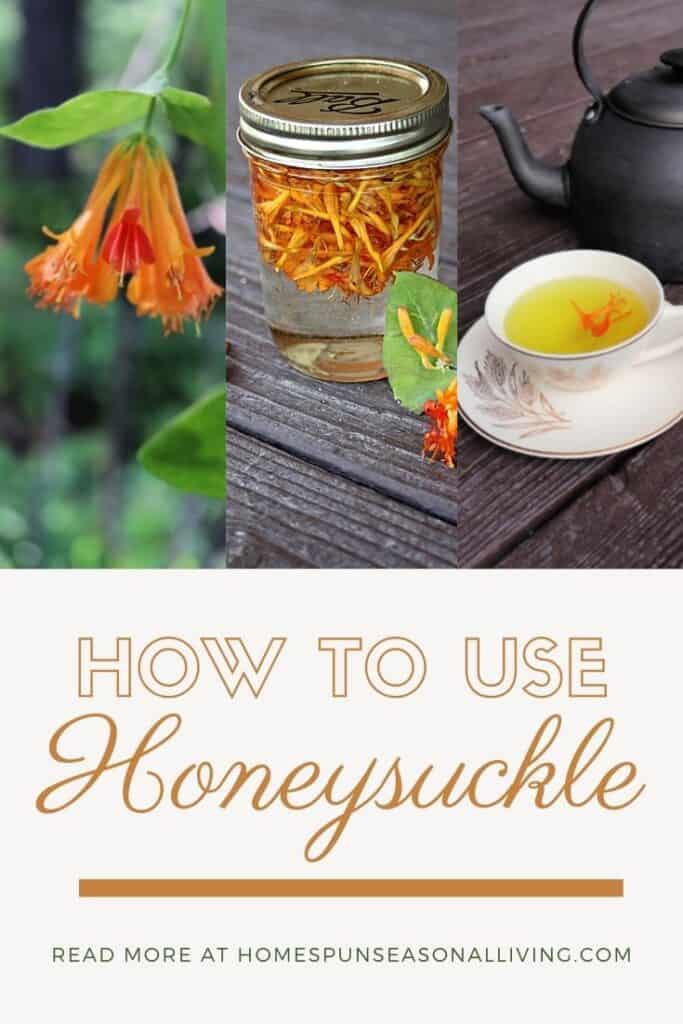 Honeysuckle is a beautiful, edible, and healing flower. And one that is found in most corners of the world in some form or another.

It’s often one of the first wild edibles many of us learn to forage and eat as children. Thankfully, it’s useful in a number of different ways besides just sucking the nectar out of the fresh blossoms.

Honeysuckle flowers are edible. Honeysuckle berries are often poisonous. The stems and vines may also be poisonous in some types.

When using honeysuckle stick to using the flower blossoms only and leave the rest of the plant behind. Most honeysuckle plants are edible and safe.

There are a number of different types of honeysuckle. Over 30 native varieties in the United States alone according to the Native Plant Database.

Their flowers can all be used in the same way no matter the color.

Wild honeysuckle comes in a variety of colors varying between regions. Here are just a few to give you a sample:

Orange Honeysuckle (Lonicera ciliosa) is native to the western US and Canada. This is a vining plant sometimes reaching heights of 18 feet. .

Pink Honeysuckle (Lonicera hispidula) is native to the western United States and Canada. It often grows in a bush like formation but will also vine if given a support.

Red Honeysuckle (Lonicera sempervirens) is native to much of the eastern and southern United States. It too grows on a vine.

In the United States, many folks plant Japanese Honeysuckle (Lonicera japonica) for landscaping. This variety often grows in large bushes full of yellow and white flowers. It can be quite invasive in some locations, however; so be careful if you decide to plant this variety.

When Does Honeysuckle Bloom?

In most cases honeysuckle blooms spring through summer depending on variety and location.

Once you’ve identified your local honeysuckle, keep track of the bloom time and know that it will likely be the same year after year for your harvesting needs.

How to Harvest Honeysuckle

Simply cut the blossoms from the vine making sure to not cut off the end of the blossom. Try to keep the sweet nectar of the honeysuckle inside the flower.

How to Dry Honeysuckle Flowers

Want to make honeysuckle tea in the winter? Dehydrate the flowers in season to use later.

Simply place the flowers onto wire trays and let sit out of direct sunlight until dry and brittle. This will likely take a few days, depending on humidity and warmth.

Once dry, place into airtight containers and store in a cool, dry place

Tasty as it is, honeysuckle also has some medicinal properties.

Honeysuckle often has a cooling effect on the body making it great for hot flashes, fevers, and sunstroke. Make a simple honeysuckle tea to take advantage of these benefits.

Make a honeysuckle glycerite to soothe sore throats during cold and flu season.

How to Eat Honeysuckle

Honeysuckle is naturally sweet and full of amazing floral flavor making it a perfect flower to bring into the kitchen.

Give it a try in these recipes:

This summer admire those honeysuckle blossoms by bringing them into the kitchen. Leave some for the bees and other pollinators but do get creative by using honeysuckle for food and medicine. 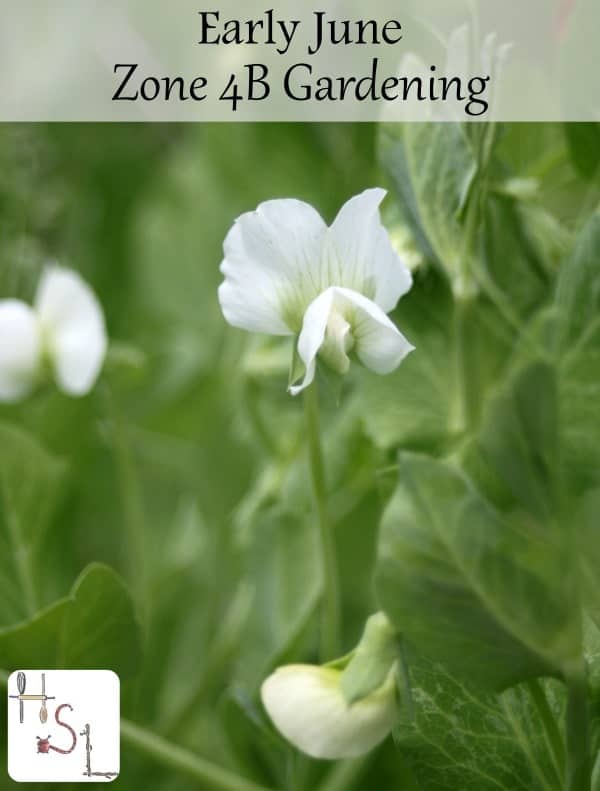 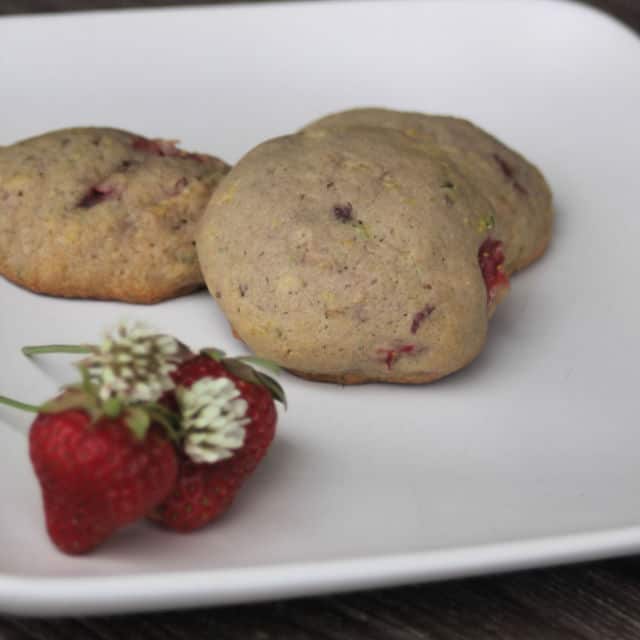 You can always make jelly.

I purchased land about 4 years ago we're just making our entrance to a part of a land that we haven't touched. After the trees have been cleared off the land by the landowner before we purchase the land. We are now noticing a lot of medicine and herbal medicine out here. I'm in agricultural one land but this stuff grows wildly on my property. I guess I have the Japanese honeysuckle. Is growing in a big bush. I've never seen it before and two today. I'm going to harvest it and see how it goes.

Hej do you use open flowers or the buds?

You can use both.

Howdy!! Can i dry honeysuckle leaves for later use? Thanks😊