Clementines are one my favorite winter fruits. No, they aren’t at all local to my Montana home, they are however; sweet and generally a fairly frugal indulgence. In an effort to try and preserve some for later, I wanted to some kind of spread with them. Clementine Rum Marmalade is a deliciously sweet spread with just a hint of bitterness and rum perfect for toast and cake. 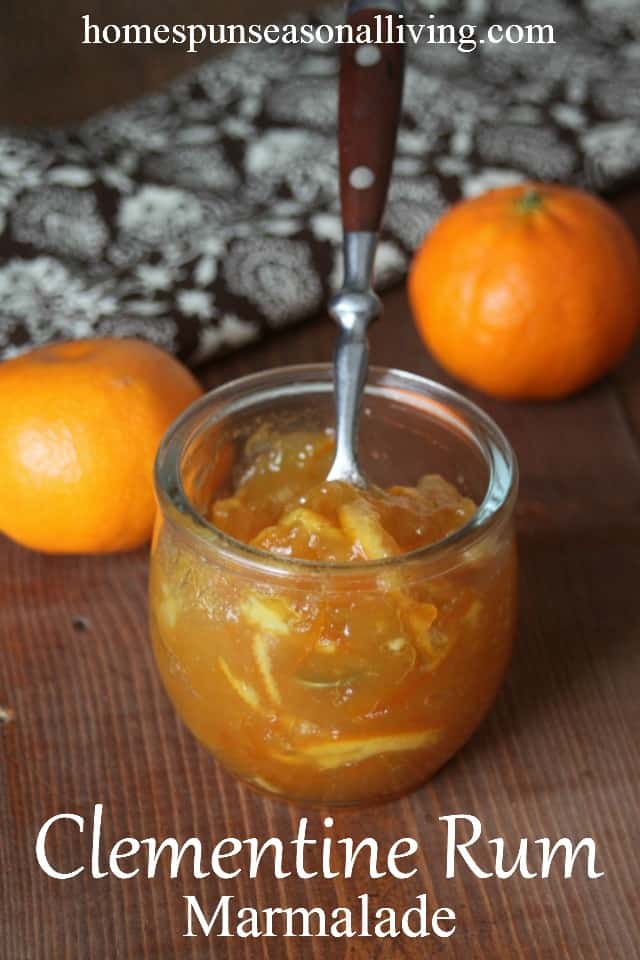 The peels and pulp of most citrus fruit is loaded with natural pectin. Traditional marmalade always takes advantage of this natural pectin for gelling. No need to add commercial pectin for a wonderful set to this marmalade. Getting that natural pectin out of the pith and peel requires a good bit of cooking time – don’t short cut this.

Because the peel including the pith is left in the jam, there is a slightly bitter flavor left in the marmalade. It is not as intensely bitter as traditional orange marmalade, however. The pith of clementines is smaller and sweeter meaning there is some bitterness but not overwhelmingly so. There’s a good bit of added sugar as well. 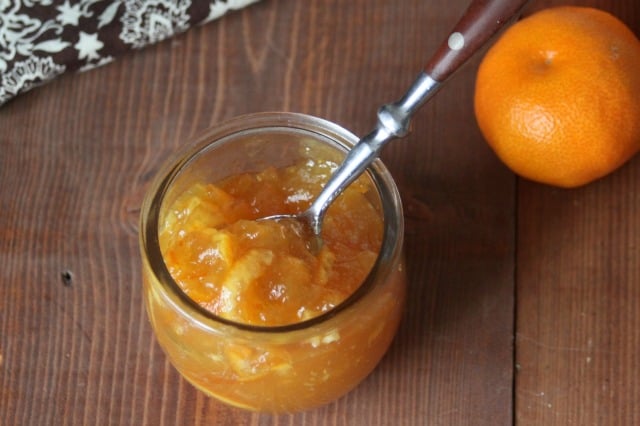 Because the peel is left in the marmalade, the resulting texture is pretty special. There is a combination of thick, almost creamy jam with soft, spongy peel that is equally good spread on toast or poured over ice cream. Spread it between cake layers, too.