Dandelion greens and flowers tend to be one of the earliest harvests here on our northwest Montana homestead. I imagine that’s true for many places, dandelions tend to be early and prolific producers. The greens are amazing raw in salads and smoothies which are indeed the way we tend to use them most. Those tender early leaves are also a great way to kick up the nutrition in some other dishes. Dandelion egg noodles are a comforting dish like one would expect in homemade egg noodles but they’re made slightly healthier with a big hit of dandelion nutrition. 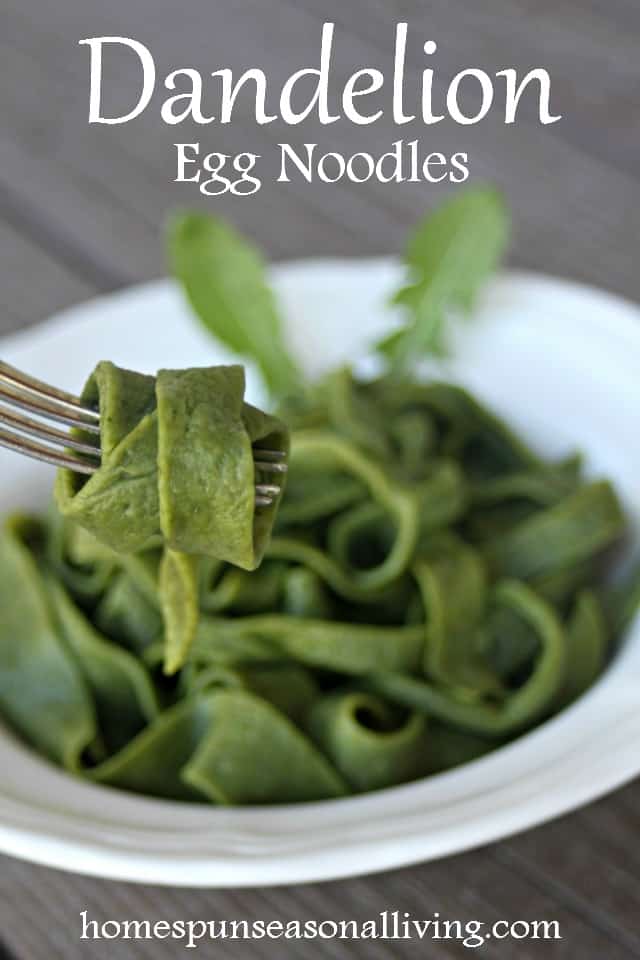 Dandelion greens are high in Vitamins A, E, and K while also providing a big hit of iron to the diet. They’re also considered a diuretic meaning they can help flush toxins from the body. Dandelion greens are even being studied for their ability to flush inflammation in the body. All that to say, be sure to add some of these greens to the meal plan rotation. Even better, they’re probably free and growing in places you don’t want them. So pull and eat.

Harvest dandelion greens in the early spring when they are young and small for the best flavor. As the season wears on and the heat picks up, the greens can get quite bitter. And if you’re sick of green salads in the early spring, these dandelion egg noodles are a tasty way to use up abundant greens.

Be sure to clean and wash the greens well before using them in the noodles. Nobody likes gritty noodles. 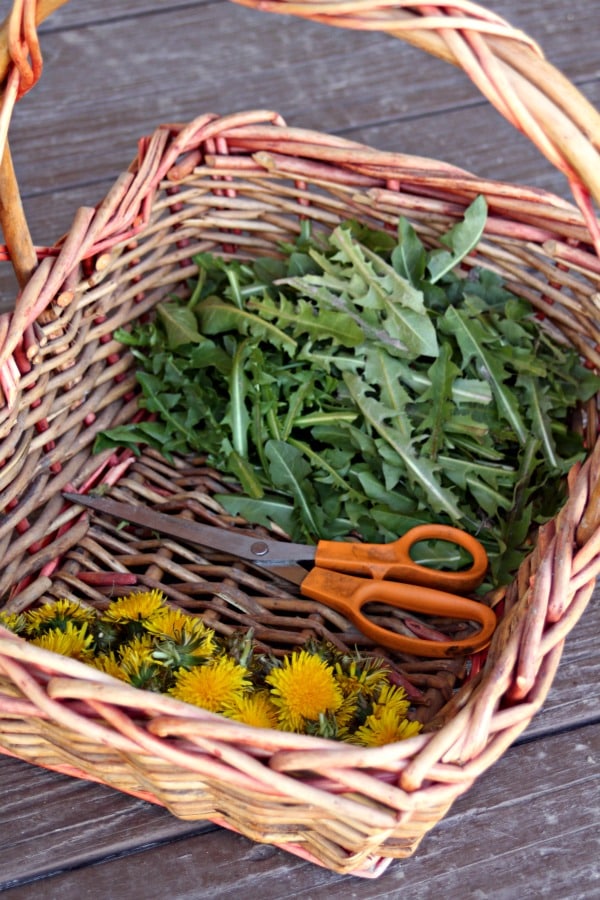 How to Use Dandelion Egg Noodles

In short, use them in the same way you’d use regular egg noodles. Toss with pesto or other sauce, heck just slather in butter and sprinkle with pepper for a delightful and easy dish. Other ideas include:

I imagine you could use a pasta machine to roll the dough into thin sheets but I've never tried it personally. 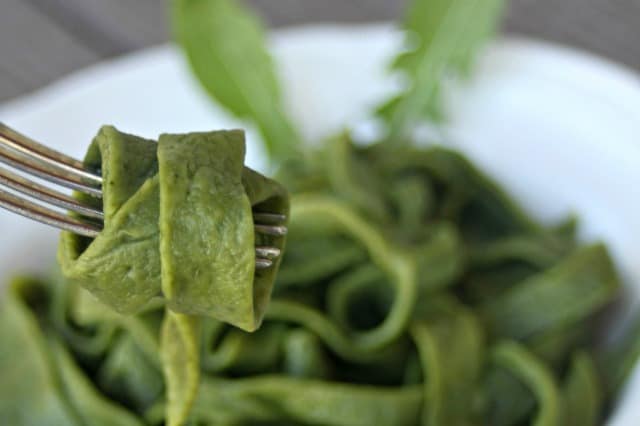 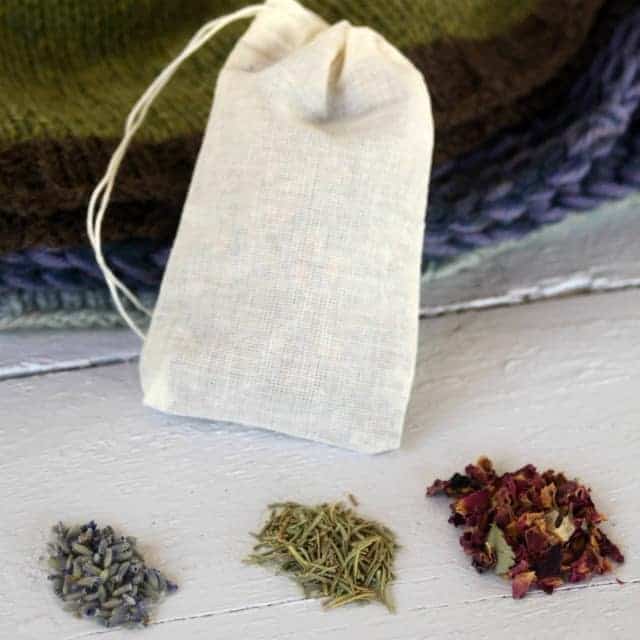 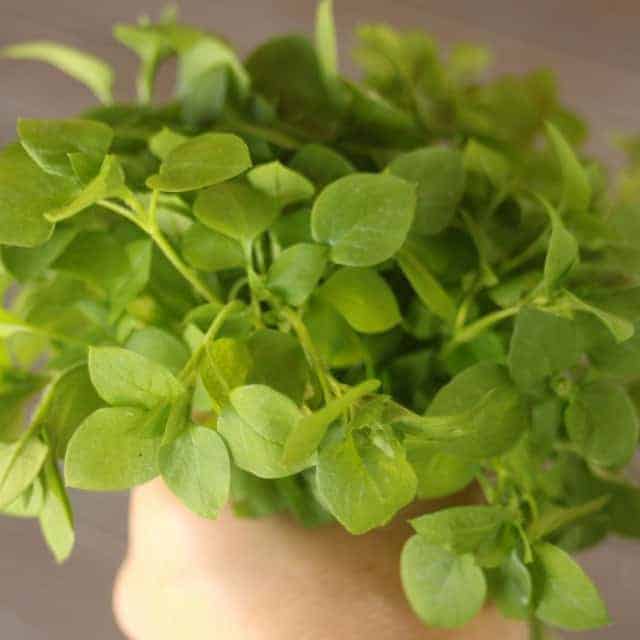 I've held on to this recipe for a few years and finally, I made this recipe tonight. I used less than half of the greens - I couldn't forage any more! :) but it worked just fine. I served it with a choice of basil pesto or fresh tomato sauce (both homemade, of course), crusty homemade baguettes and parmigiano cheese. Also, I used my pasta maker from step 4 on.

When the greens get more mature you can blanch them in boiling water for 1minute. The water will turn bright yellow. Drain the greens well and use like spinach. My Italian neighbor taught me this trick. She used them to make dandelion omlets. You could probably use the cooked, drained greens in the noodles.

Has anyone tried making these with almond flour or one of the gluten free flours?

I have not but historically have had good success using Bob's 1-to-1 gluten free flour in recipes like this but haven't tried here yet.

How do you think these would taste if the amt. of greens was cut by half? I'm hoping to "ease" my husband into eating them. :)

I can't see why not. You might need to add a little water to account for less moisture but maybe not either.

How long will these noodles stay if you store them? Want to make some for my niece but will not see her for a few weeks or possibly a month?

I have not tried dehydrating these but egg noodles can be dehydrated generally speaking and stay good for months but again I haven't tested it. I've only ever made and cooked these in the same day.